Your Beliefs Unlock Your Next Level 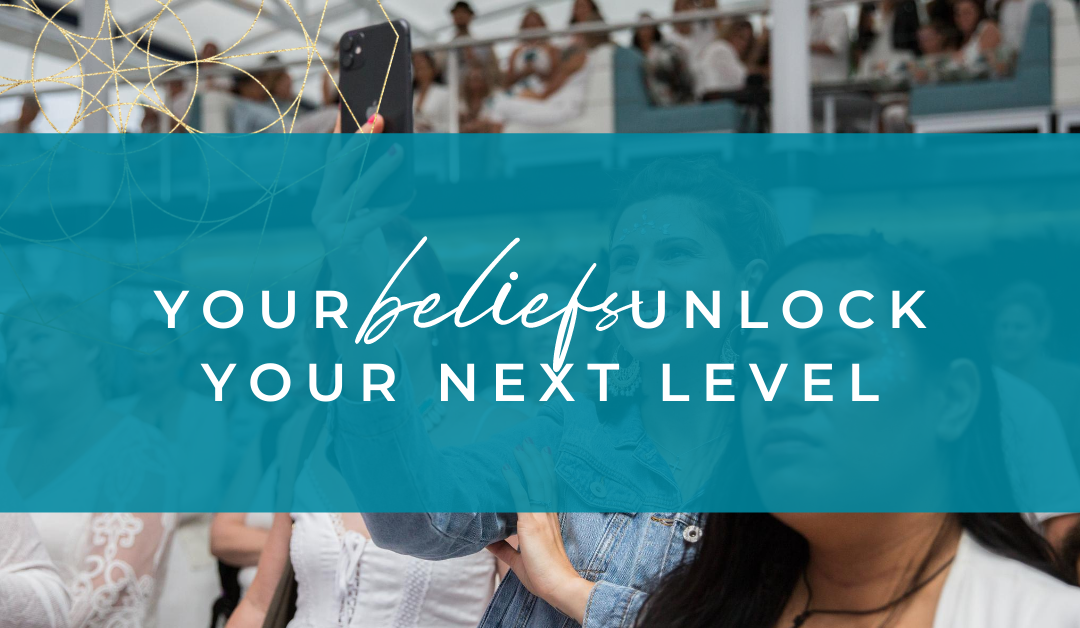 If more people understood that the beliefs we hold are just things we told ourselves are true or untrue, there would be a heck of a lot more people today that are creating and experience freedom.

Because here’s the thing, and get your pen and journal out for this…

YOUR BELIEFS UNLOCK YOUR NEXT LEVEL.

So many are seeking to up-level and to step into new realities, all the while, holding on to beliefs that don’t serve them at that new level.

YOU BELIEVE THAT YOU GET TO RECEIVE MONEY WITH EASE.

But, ya know, the humble thing to do is to believe that you’re not good enough, or at least to not let on that you ARE actually good enough and worthy because what would “they” think?

We get so stuck in the “they say” and the “shoulds” that even if we don’t truly believe it in our soul, we make out that our beliefs are the same as everyone elses because we don’t want to be cast out.

What if you took on new beliefs that you served you AT that next level, and beyond?

And, if those new beliefs helped you to unlock even faster and with more ease massive layers of abundance, freedom, truth.

Who would you get to BE, as a result of these new beliefs?