We Were All Born Naked, The Rest Is Drag 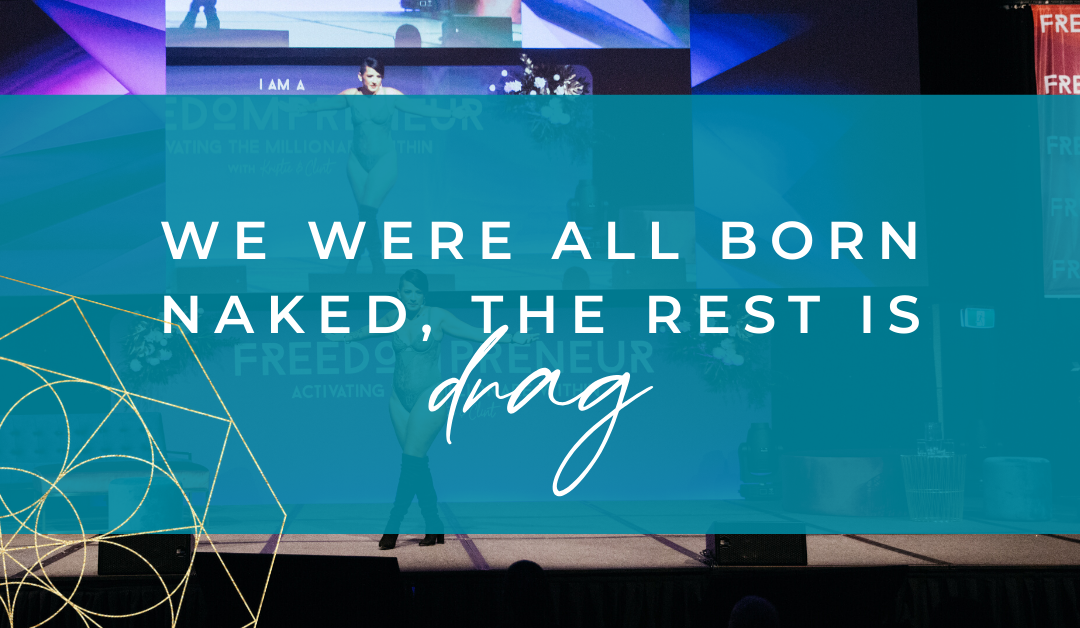 On the 15 March 2020, it was the day before Australia announced that events of more than 500 people were no longer allowed.

It was also the day before anyone from New Zealand had to be back in the country (NZ) or they’d have to endure 14 days of self isolation.

On this day, 15th March 2020, I was due to speak on stage at Freedom Fest in the Gold Coast. I had already been out of my home country NZ, and in the Gold Coast, Australia, for 5 days prior attending the event.

But on that Sunday, it was my time to take the stage.

The 20 minutes I was SO excited for, for months leading up to it.

So instead of jumping on a plane that morning and heading back over the ditch to NZ, I decided to stay.

I decided to speak.

And then go home as planned the week after.

I’m glad I did stay, because I’m really proud of that talk I gave.

This is the one where I stood in front of a full room of over 700 people, and stripped into my lingerie speaking on walking your talk when it comes to fully BEING YOU.

I’ve just uploaded my talk from Freedom Fest to YouTube, it’s below if you’d like to watch.

And, I’d love for you to leave a comment below letting me know what’s one thing you took away from this video?